Meat and egg cross of BUT turkeys 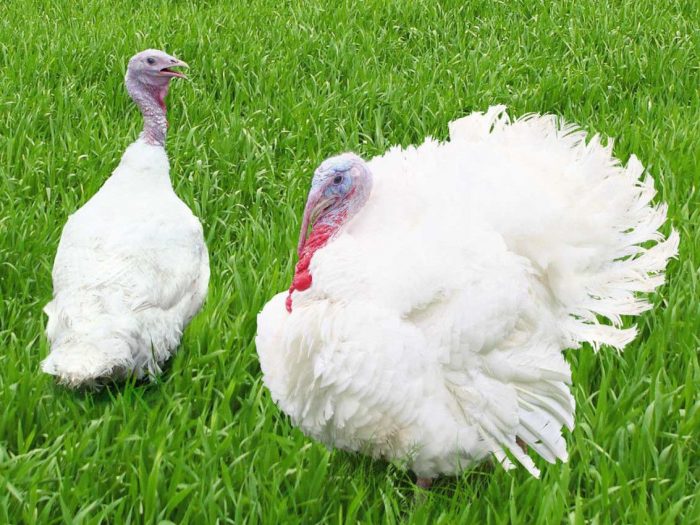 BUT is a cross of medium-sized turkeys that successfully combine egg and meat productivity. Genotype potential – 15 kg at the 18 weeks of age and 110 turkey eggs during the productive period.

History: a fairly new breed, created by the British company “BritishUnitedTurkeys”, which is currently a trademark of AviagenTurkeysLimited.

Exterior: BUT broiler cross is characterized by white plumage of males and females without colored inclusions. Earrings and beard are bright red. BUT-8 turkeys have strong legs, curved body with convex shapes.

Features of keeping: young animals up to 2 months of age are very sensitive to temperature and low humidity. Regarding breeding, the mating of BUT turkeys is problematic due to the large difference in weight of males (27 kg) and females (10 kg). Due to the possibility of injuries to turkeys, it is better to buy young broiler BUT turkey from breeding farms.