Cross of hens of the egg direction of Dekalb 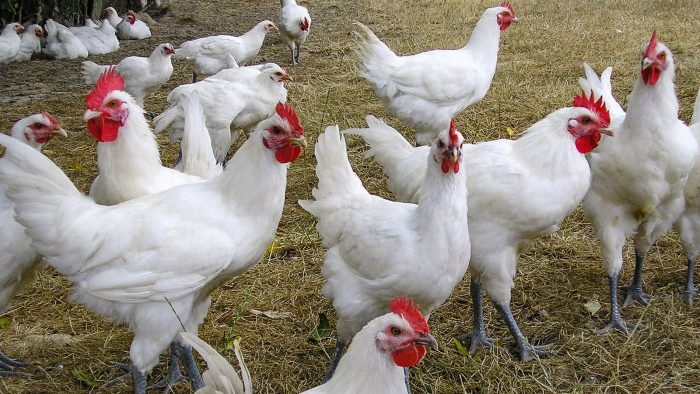 Decalb is a cross of laying hens. There are Decalb White (with white plumage, was bred first) and Decalb Brown (brown plumage).

History: the role of creators of the already legendary egg cross of Decalb chickens is claimed today by two countries and two companies: the United States and the company “DecalbPoltryResearch” and the Netherlands and the company “Easy”. When comparing the name of the cross and the names of the companies, the version that the Decalb breed of chickens was created in the United States seems more likely. The breed of DecalbWhite chickens was bred in the XIX century and still has not lost its relevance. Breeders are trying to increase the productivity of Decalb laying hens from 80 actual weeks to 100. That is to increase the productive life of Decalb chickens by 5 months.

There is also a second line of Decalb breed with the prefix “Brown”. Productive characteristics of both lines are similar, chickens differ only in plumage color.

Exterior: Light skeleton, with a small head. The crest is low and massive. Earrings and crest are of deep red color. Lobes and earrings are pink. The neck is long, covered with a well-developed feather. Eyes are orange-red. The beak is short and yellow. The body frame is placed almost vertically. The back is straight. The tail is narrow but well developed. Weight of hens is 1,5-1,7 kg, roosters no more than 2 kg

Features of keeping: easily adapts to conditions of cage and floor keeping. Feels good on the range.